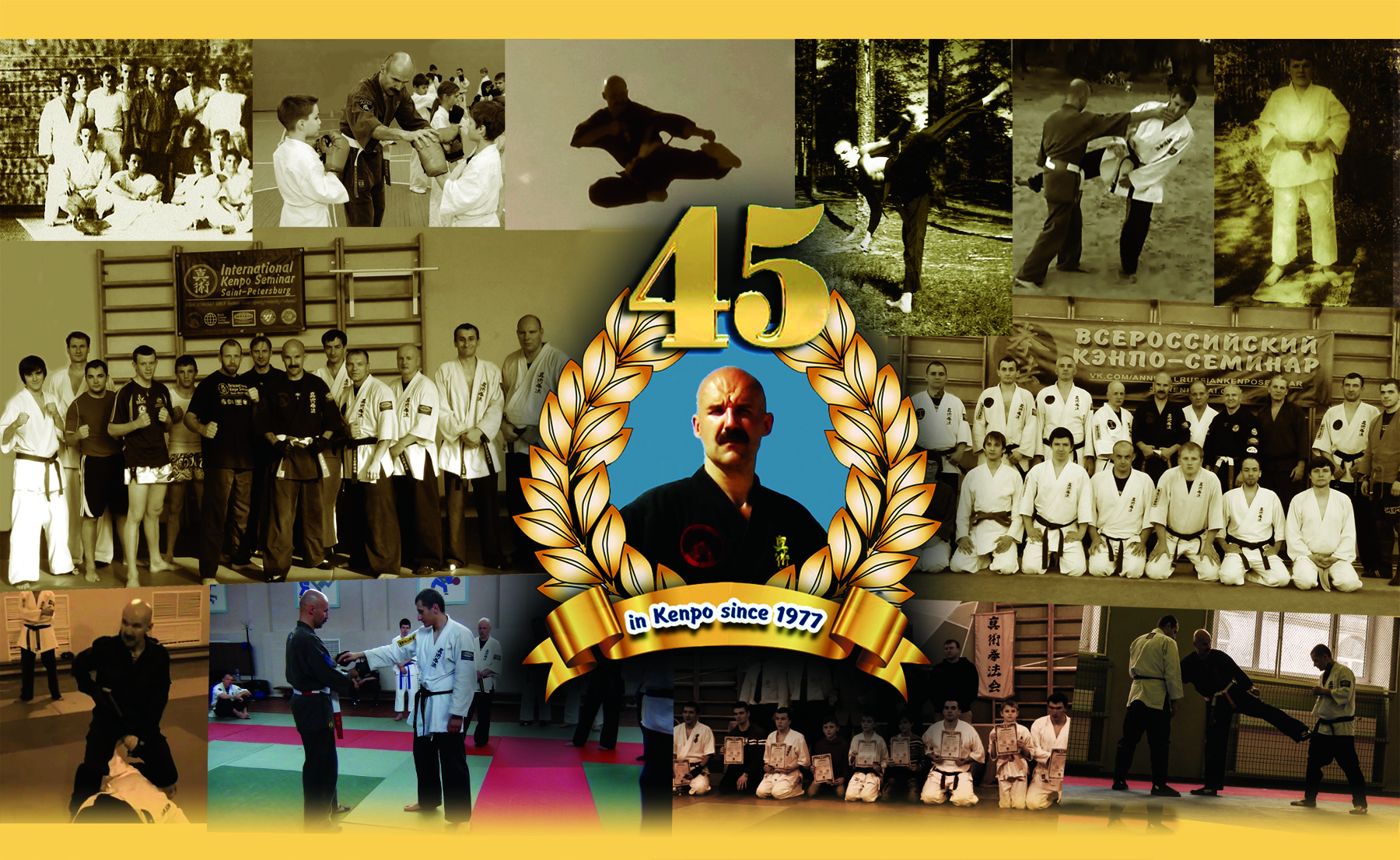 I started in Kenpo in October 1977. I'm fortunate enough because I wasn't poisoned sport ideas. And I was always interested in a pragmatic approach to any technique that I needed to learn. Now, as before, my criteria are the following - first is Simplicity , because in fast-moving real combat complicated techniques can give a misfire. And therefore simple and economical steps ultimately to save your life. Secondly is Reality , well, with it, I suppose, might argue only fans of "paramilitary gymnastics". And thirdly is Efficiency , i.e., the ability to kill the enemy as quickly as possible. I guess it's clear for every who has fought at least once in real combat, and hasn't played in "martial arts".

Maybe you don't know about it, however I'm not the sportsman. In fact, I didn't take part in official sports competitions on any single combats. Except for experience of JUDO competitions in the age of 11-12. Nevertheless, life in Russia gave me enough situations where I could check my real skills of combat. This gave me to the idea of creating a new Kenpo school of the same name. However, let me tell you everything in order.

So, I for the FIRST TIME HAVE CROSSED DOJO THRESHOLD in 11. There's enough late but what to do is was so. I began to study KENPO, which was then called JUDO SELF-DEFENSE. At that time, in the USSR to study Kenpo openly was forbidden. And those violated this prohibition, could get into the GULAG. I was lucky to learned under NIKOLAY NIKIFOROV, SENSEI who coached the policemen also taught the civilians. At the end of 70's, Sensei Nikiforov gave me the FIRST LESSONS of the real combat which was very similar to OKINAWA KENPO. But then all of us considered that this JUDO.

Time passed I began my ACTIVE TRAININGS in KYOKUSHINKAI KARATE under ALEXANDER GRIBOV, SEMPAI. I was very inspired by the personality of the founder KYOKUSHINKAI - Masutatsu Oyama. And I liked his unshakable belief in absolute truth. But I say fairly, for me and then and now any single combats competitions resembled a fake BUDO show. I looked at these games of adult men and to me was insulting. It's insulting that people come to look on show and confuse it with a real combat. However, anyone who wants to be cheated will be cheated, of course.

Time has COME TO SERVE in the Soviet Army and I was sent in Spetsnaz ( Special Forces ) of the National Guard. It was very prestigious for the guy from Russia. In Soviet Army I studied OPERATIVE COMBAT and my instructors TAUGHT ME to SOLVE QUESTIONS in real combat. Thanks God and my SPETSNAZ INSTRUCTORS, I remember THESE LESSONS till now. For full assessment of my combat studying, I need tell about two combat disciplines. So, my first combat discipline was BOXING under my school mate ALEXANDER ARTEMIEV. He's now senior boxing coach in Saint Petersburg and WBC referee in Russia. And then he was int'l class master of sports by boxing also first Soviet boxer who went to the U.S.A. as "Red Wave" profy-boxer. Also he held many champion titles of the Soviet Union and Europe and participated in the 1988 Olympic Games in Seoul. And most importantly, he was a good street boxer. That's why Alexander Artemiev also taught me STREET BOXING. The my second combat discipline is FULL CONTACT KARATE under VALERY BOROVKOV, SHIHAN. In this Dojo I got my first black belt. Then it was a very good practice in street-fighting. As will be said below, it was the time of "New Civil War" in Russia. In those days need had to solve many troubles, using fists and hand-held weapons, in order to SIMPLY SURVIVE in this war.

Let it be known, what in Russia in the 80s and 90s of the 20th century the life very strongly differed from the Western way of life. After the fall of the communist regime in Russia began the redistribution of property. And it looked like gangster's wars 20-30s of the 20th century in the U.S.A. Many racketeers and bandits, who only yesterday were SIMPLY ATHLETES ( boxers, kick-boxers, wrestlers and karate-kas ), teamed up with criminals so that they couldn't want to miss the opportunity to eat "a piece of cake named Russia". It was a good chance to get REAL MONEY AT ALL COSTS. And recently had unofficial information on this NEW CIVIL WAR in Russia killed about 2.000.000 people. For example, in the Afghanistan war was killed about 15.000 Russian soldiers. Here in Russia always was appreciated skill to stand up itself and I had to constantly improve my real skills of combat all the time.

So, after army service I worked like BODYGUARD for a time. Then I started to make a living by what I know best. Just I started teaching Kenpo as Real Combat in Saint Petersburg, Russia. Alas, before I started work like KENPO SENSEI, in Russia hadn't nobody who teach the Kenpo. Moreover, in Russia just didn't know about Kenpo as Real Combat. And for Kenpo propagation I created the Real Combat school which called as SIN JUTSU RYU™. Later, at an International Seminar, I met STEPHEN MORRIS, HANSHI, who revealed to me the true OKINAWA KENPO KARATE. Stephen Morris was from first generation of American students of SHIGERU NAKAMURA, HANSHI, as founder of OKINAWA KENPO KARATE. From the mid 90s of the 20th century untill 2006, under Stephen Morris's leadership I learned the basics of this Kenpo style.

Many years have passed since that time... On December, 2005, after 12 years since the creation of the new Kenpo school, by decision of the SOKE DAI KYOGIKAI as Big Council of the Heads of Families, I WAS AWARDED 6th Dan SIN JUTSU RYU™ and SOKE ( Head of Family ) title for outstanding merits in Martial Arts and Kenpo worldwide propagation. Then respected worldwide experts of Real Combat recognized my SOKE title, also awarded me with SENIOR MASTER'S DEGREE as 9th Dan in three several Kenpo styles. And on December, 2016 major international Kenpo Experts recognized SIN JUTSU RYU™ as traditional Kenpo school according to the results of the last period in for 25 years. However, all senior Master's degrees previously awarded to me, have been canceled from January 2021 on the basis of MY PERSONAL APPLICATION and the decision of IRCA™ KODANSHA KAI as Council of Kenpo Elders worldwide. That's all what I can tell about my Kenpo Way, OSU!